ApeCoin ($APE), a cryptocurrency launched by the creator of one of the largest non-fungible tokens (NFTs), peaked 5 minutes into its first day of trading before falling as much 80% then fluctuating between $6 and $8 for the rest of Thursday afternoon.

The coin is changing hands on major crypto exchanges for $8.39 apiece, down from $39.40 in early morning trading according to Coinbase. Introduced by Bored Ape Yacht Club (BAYC) creator, Yuga Labs, the token is intended to be a currency used for future gaming and entertainment applications. Many crypto users say it may be a big competitor to Bitcoin and Ethereum.

Its launch is a boon for Bored Ape Yacht Club owners who got tokens before others, but retail buyers may not be so lucky, one expert warned. As crypto trading is generally volatile and the NFT market shows signs of cooling, the debut can be common for new ERC-tokens with little to no trading liquidity where trading bots can front run order books forcing retail investors to buy the token at inflated prices.

“It will be interesting to see if [ApeCoin] picks up any traction once the immediate volatility and sell-off is over,” the Rug Doctor, the pseudonymous founder and CEO of the startup crypto rating firm, RugDocIO, told Yahoo Finance.

ApeCoin (APE) is the native governance token that empowers the decentralized community of the APE ecosystem. APE has been created as the primary token for all new products and services from Yuga Labs, the company behind the NFT projects.

By the end of 2021, investors had spent nearly $41 billion on NFT, with one of the most popular segments being tokens that can be used as social media profiles.

During this time, BAYC broke NFT records by offering unique community benefits such as merchandise and invitations to members-only live  events alongside their NFT and showcased Celebrities like Snoop Dog, Serena Williams, Paris Hilton, Jimmy Fallon and Mark Cuban among their members.

But since the January 31 peak, the number of unique buyers and sellers in the NFT market has dropped. According to NFT data provider Nonfungible, fewer than 7,000 unique NFT sellers are actively participating in the market, two-thirds from 21,296 two months ago.

Adding to market pressures, the Securities and Exchange Commission, which looks at platforms selling NFTs, questioned whether these assets could be considered an investment contract.

Despite those headwinds, Yuga Labs is forging ahead. On Friday, the company announced it had acquired Crypto Punks and Meebits, two other highly valuable NFT collections. As of the beginning of February, there were reports it was in financing talks with Silicon Valley venture firm, Andressen Horowitz (a16z), that would set up Yuga Labs for a $5 billion valuation. 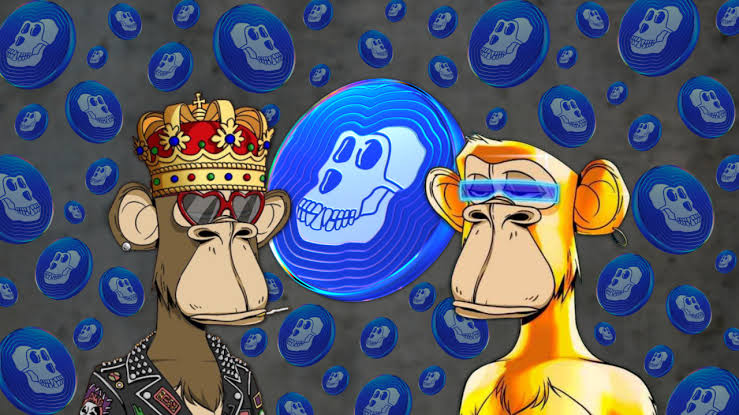 For ApeCoin’s debut, owners of NFTs created by Yuga Labs could claim amounts of the new coin on Thursday morning based on the particular NFT collection they own. BAYC owners received the most at 10,094 tokens each.

The token is managed through ApeDAO, a decentralized autonomous organization (DAO). The measure according to Antoni Trenchev co-founder and managing partner of digital asset platform, Nexo, means “ApeCoin won’t be under fire from the SEC about being a security.”

The company’s IP acquisitions in addition to APE “proves that Yuga Labs is pushing new ground even when the market’s excitement has waned,” Joseph Maresca, a BAYC NFT owner and promoter who bought his ape NFT almost a year ago, told Yahoo Money. “Many in the NFT community said BoredApes are dead but we have roared back.”

The launch of ApeCoin has been a successful one, it has been listed on many cryptocurrency trading platforms like Binance, Gemini, Kraken, eToro and many more. In just one day of launch, it has accumulated a percentage increase of 1380%. Its price is currently at $14.8. Many cryptocurrency investors are buying Apecoin making Apecoin a part of the trendy coin list in the crypto market in less than 24 hours. More surprising, Apecoin is currently valued over $1.8 billion on the Market Capitalization. This is huge! What do you think about the newly-launched coin, Apecoin? Are you buying it?